Vampire Survivors Is a Beautiful $3 Nightmare Taking Over Steam 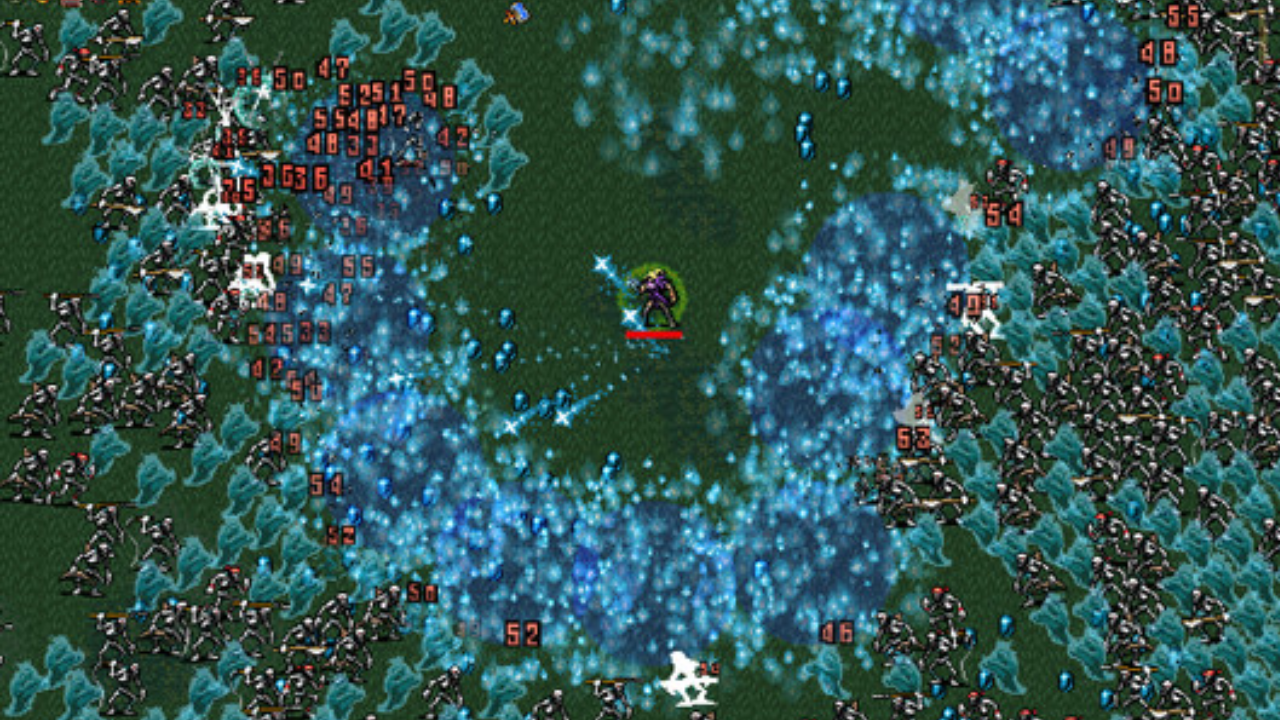 Vampire Survivors is the latest hit game to take Steam by storm and at a very reasonably priced $2.99, the internet has clearly decided it can’t really go wrong.

As per data from the game’s SteamDB profile, Vampire Survivors has quickly amassed a small army of players. Currently the 27th most played game on the platform (at time of writing), the indie title has seen heights of over 37,000 concurrent players during the last 24 hours and audiences of around 139,000 viewers on Twitch.

Created by indie developer poncle, the gothic horror game comes with a number of roguelike elements and about as much chaos as you can confidently fit onto a monitor. While the game theoretically plays out as a twin-stick shooter, your character automatically attacks, which makes your job as a player to stay alive, collect XP in the form of gems, and unleash bullet-hell onto anything that moves. Don’t believe us? Check out this clip below, and the accompanying keyboard taps, to see what we mean.

@CrikMaster In honor of your one minute video of Vampire Survivor I recorded my own, and first, video. Complete with background fan, keyboard taps and even a sigh! It was also my favorite run so far. pic.twitter.com/WEyJJjSDOV

Within the game, players can choose from a number of different starting characters that each come with their own ability. After leveling up, you can then look to manage your weapons and upgrades before setting out to once again rid the land of anything and everything that moves. It’s a common loop, but Vampire Survivors’ quick pace and descent into madness seem to be the factors that have caused a number of fans on the internet to become addicted.

Over the past few days, social media has been flooded with fan reactions to the game, with some members of the community announcing that they’ve become completely addicted to Vampire Survivors gameplay. In honor of the game’s recent success, we’ve picked out a few of our favorite reactions to this sudden Vampire-mania.

This entire day has disappeared because of that dang Vampire Survivor game gosh!! How is it MIDNIGHT?

Vampire Survivors is the best €2 you will ever spend on a game.
Game is so good xD pic.twitter.com/oH0XpBDKfz

I have started playing Vampire Survivor.
I have decided to stop the pursuit of all other worldly endeavors.
Pants are optional from now on. pic.twitter.com/fKP9fQmbcy

To check out Vampire Survivors yourself, make sure to head on over to the game’s Steam store page. Or for more stories on Steam’s weird and wonderful hit titles, make sure to check out this article about the Gas Station simulator that quickly became a popular success on the platform last year.