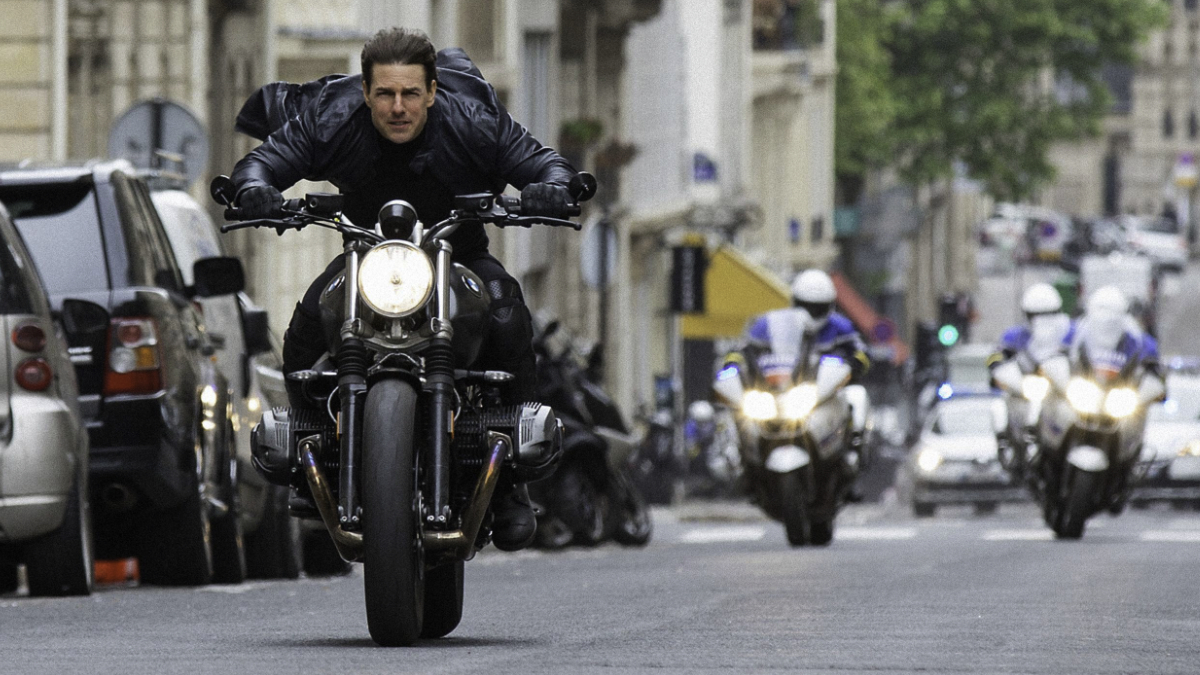 That’s why the superstar and his team prepared very intensively for the stunt. Cruise has completed more than 500 skydives and more than 13,000 in motocross, some 20 to 25 meters long, on a specially designed training course. To pre-test the stunt, engineers and technicians built a giant ramp in a quarry in England. Using a GPS device on Cruise’s back, the team was able to integrate his path and that of the motorcycle into a computer simulation. Only with this data was it possible for them to calculate all eventualities, including wind and weather, to keep the risk to Cruise as low as possible. In addition, the filmmakers were able to test in advance how and where the cameras should be positioned or piloted by drone and which lens should be used in order for everything to be recorded.

Final filming of the scene eventually took place in Norway. A long, high ramp was built there on a gigantic cliff – which took several months, as all the parts had to be transported there by helicopter. There, at the latest, it becomes clear how dangerous the waterfall really is. For one thing, the bike doesn’t have a speedometer, so Cruise has to ride by feel and sound. If he makes a mistake, he can get caught in the motorcycle when he jumps or hits it – opening the parachute is then difficult or even impossible. On the other hand, Cruise has to watch out for crosswinds. If he is too violent, he can easily push the superstar off the ramp. And when falling from a height, Cruise risks being seriously injured. Then, during the stunt, the actor also jumps into a mountainous basin surrounded by rock faces. If the wind blows the wrong way here, it just blows against the cliff. And Cruise doesn’t have safety ropes or anything like that…

No wonder Cruise, director McQuarrie and the stunt team are so nervous. In preparation, the actor makes a few test jumps with a parachute from a helicopter in order to correctly assess the weather conditions. And then it starts. The tension is enormous. But in the end, the coup succeeds. Cruise even graduated six times to make sure the shots are perfect.

At the end of the approximately nine-minute video, McQuarrie says they’re planning an even bigger stunt for “Mission: Impossible 8.” Hard to imagine after this number. But if the Mission: Impossible movies showed anything, it’s that no stunt is impossible for Tom Cruise.