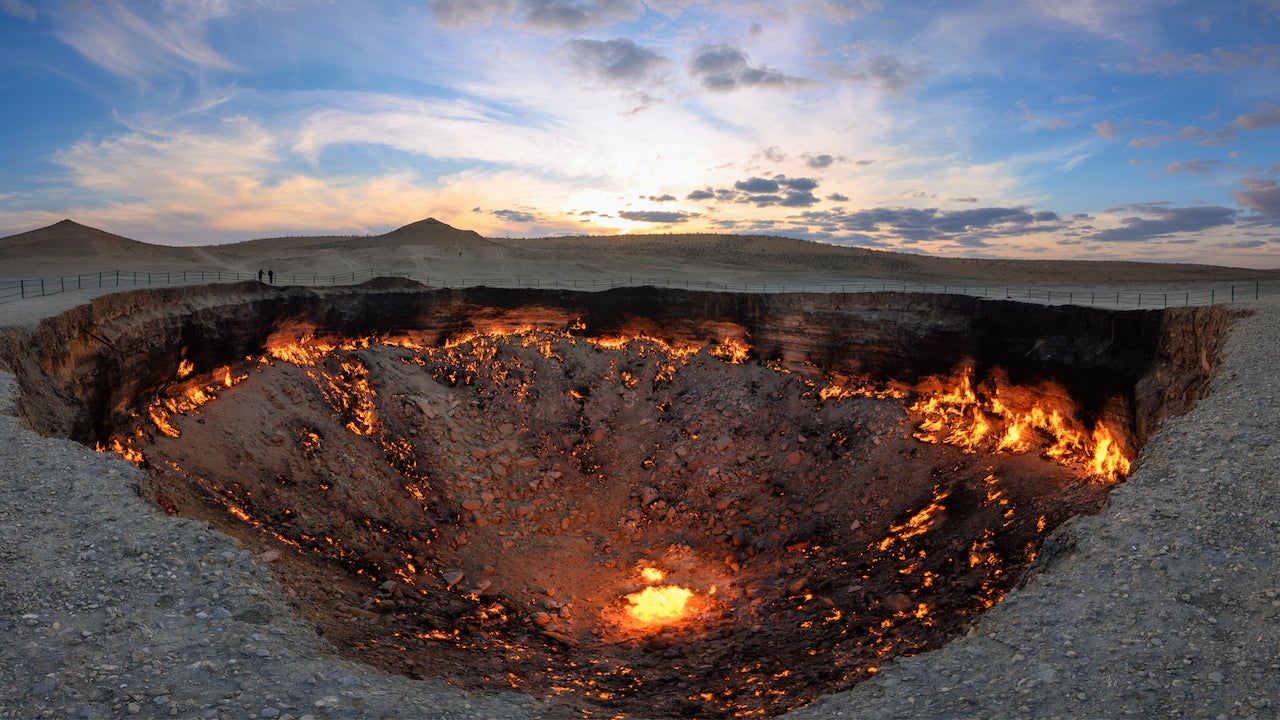 The leader of Turkmenistan wants to finally close the “Gates of Hell” crater, which has been burning in the Karakum desert since the 1970s.

As reported by metro, the President of Turkmenistan has urged scientists to find a way to seal the fiery hole in the ground, officially known as Darvaza Crater, largely due to the environmental damage caused by the “methane and other harmful gases” released into the air released has raised concerns about the negative health effects of local residents.

The flaming crater is reportedly stretching over 230 feet across the desert terrain, which is about 240 kilometers north of Turkmenistan’s capital, Ashgabat. It is believed to have been formed in 1971 during a Soviet natural gas drilling operation when the ground below the rig collapsed inward, creating a 70-foot-deep hole.

Shortly after it accidentally formed, the crater was reportedly set alight to burn off the natural gases it emitted. The Soviets estimated that he would “burn himself out” in a few weeks. That expectation turned out to be quite wrong, however, as the fire pit is still on fire 50 years later, and its amber glow can be seen for miles around the site.

“We are creating – and will continue to – create all the necessary conditions for the development of the colossal hydrocarbon resources of our independent motherland in the interests of our people,” said the Turkmen president, alongside his recent proposal to put out the flames, explaining an earlier attempt to open the gates of hell in the year 2010 to distribute.

Craters can sometimes provide a passage into the past. The Chicxulub crater, for example, marks the point of impact of an asteroid that hit Earth 66 million years ago. Scientists found that the asteroid crashed, creating a 90 mile deep hole in the ground, which had such an impact that the resulting impact killed all dinosaurs and 75% of the world’s animal species.