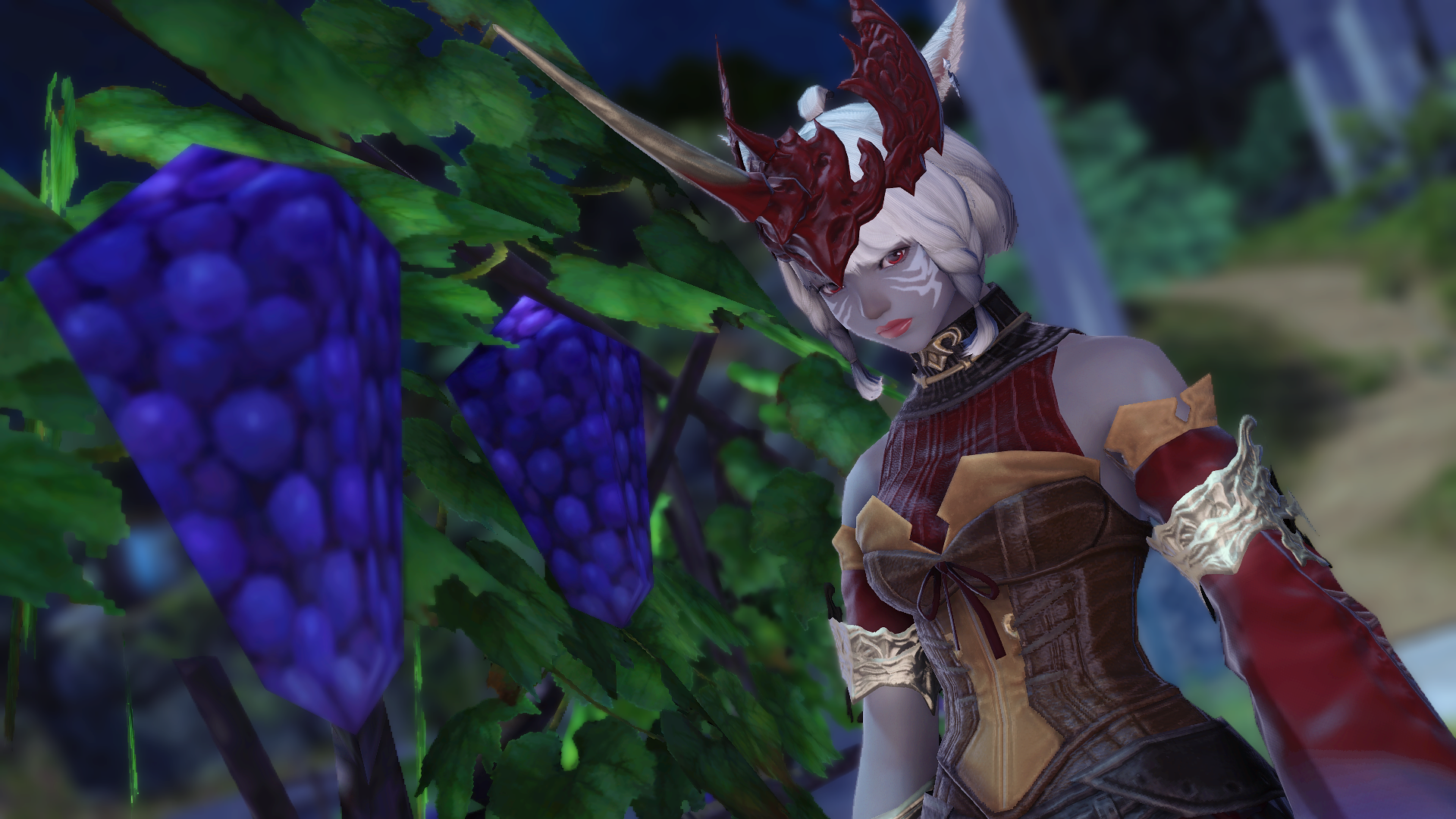 Square Enix has Patch 6.01 started for Final Fantasy 14 Endwalker. The update includes content such as new items and a new raid series, Pandemonium. But one aspect that the game’s community has been thinking about is that the polygons of some of its clusters have been improved.

Yes, you heard right. In the Endwalker expansion, the grapes in the Labyrinthos area were graphically low polygon. According to Square Enix’s patch notes, the company identified the grapes as “an issue” where the polygon count of the grapes in Labyrinthos was excessively reduced to “reduce system memory usage in the area.” Therefore, the grapes have been adjusted so that they are comparable to those of the Crystarium.

This particular aspect has become a meme within the community and the internet. When clustered together, the grapes formed a crystal-like shape with hard corners. However, the new update has smoothed these corners out. Now the community is grieving that their favorite meme-enabled fruit has disappeared. Even Final Fantasy 14’s official Twitter account has confirmed the grapes.

we will miss you grapes 🍇 you were really remarkable

Final Fantasy 14’s latest expansion, Endwalker, was released on December 7th. It was so popular that the game’s director apologized for his login problems and offered free playtime. In addition, Square Enix had to temporarily suspend new sales of the game to reduce server congestion.