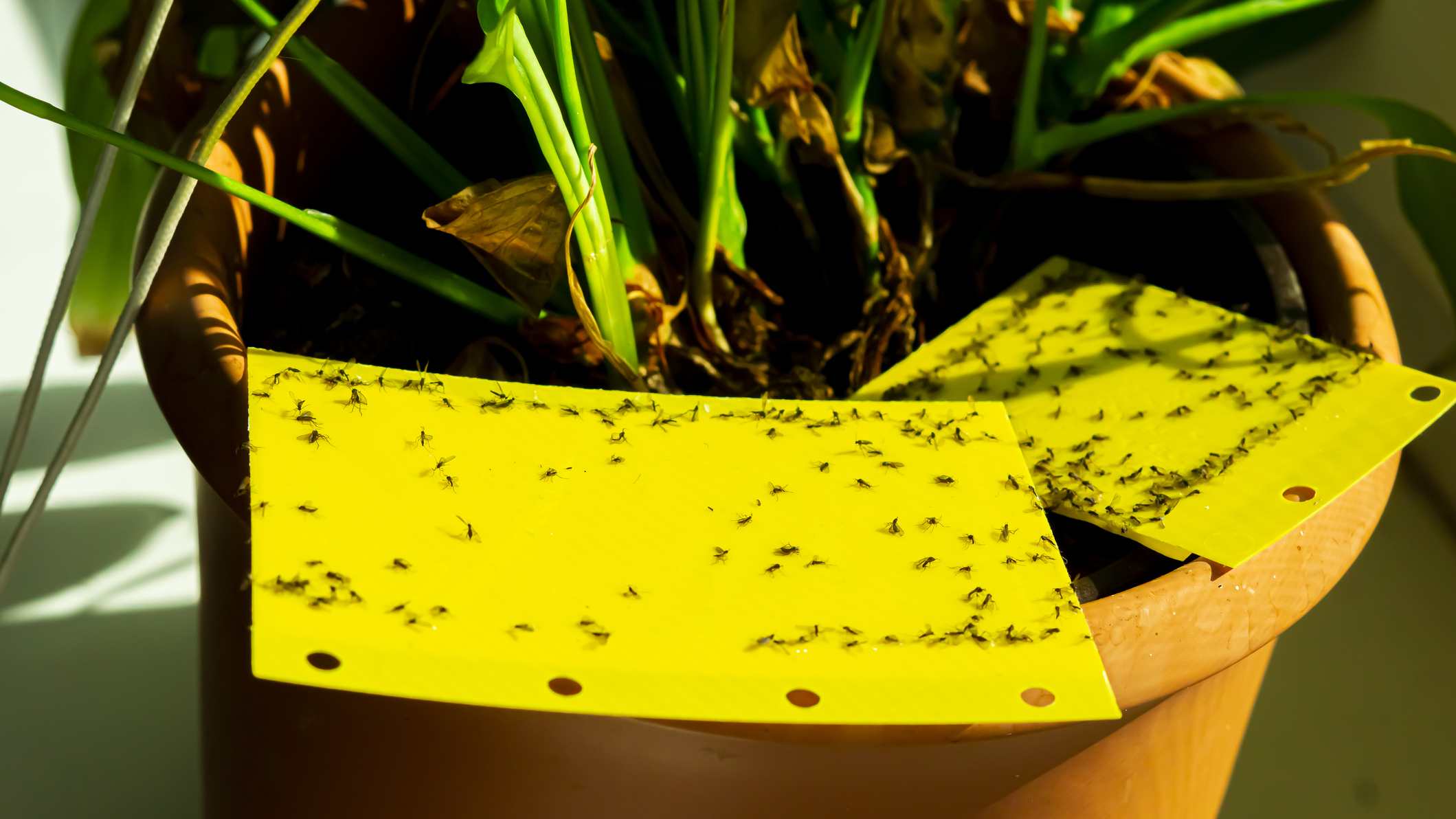 Not only are fungus gnats a nuisance by buzzing around you when you water your houseplants, but they also lay their eggs in moist potting soil. The larvae of the small insects then nibble the roots. If you notice a fungus gnat infestation, you shouldn’t wait too long, but fight the insects at an early stage.

Insect eggs are often introduced into the soil of new plants, and soil kept moist also promotes the rapid growth of the fungus gnat population.

There are several methods to get rid of fungal gnats, we present to you the most gentle and promising ones. Of course, there are also chemical agents that help. However, you should avoid them if possible. If you follow the tips below, fungus gnats should no longer be a problem.

To control fungus gnats, you should water your plants less frequently and never spill the water on the potting mix. It is best to pour from below, into the planter or drip tray.

You should also cover the top layer of potting soil with one to two centimeters of quartz sand (see on amazon) to prevent fungus gnats from laying eggs.

Yellow stickers can help: these yellow stickers (also called yellow signs or yellow caps, see on amazon) are simply planted in the ground and, like fly traps, have an adhesive side to which the fungus gnats stick. These stickers also help with aphids.

There is also a very effective method using nematodes (see on amazon): These are very small nematodes that feed on fungus gnat eggs, but do not harm the plant itself.

If you don’t want to use nematodes, you can also use neem products (see on amazon). As the name suggests, these products contain an extract of the plant parts of the neem tree (Azadirachta indica), which is known to effectively protect itself against pests and diseases. However, you should limit the application to houseplants and follow the protective measures described on the packaging. Neem extracts are toxic and it is forbidden to use them externally.