Madrid, July 27, 2021 – Seed day, the leading provider of contextual advertising in EMEA and LATAM, announced today that it has teamed up with former British long-distance runner and three-time London Marathon winner Paula Radcliffe to be the face of the organization global campaign “Summer of Sport”.

After 18 challenging months in which the COVID-19 pandemic brought a number of sporting events to a standstill, the summer of 2021 made up for lost time. Now that the live audience is back, the United Kingdom watched with excitement as Gareth Southgate and his English team fought their way into the final of the Euro 2020 and Novak Djokovic won his sixth Wimbledon trophy. Attention is now turning to Tokyo, where the Olympics are in full swing. 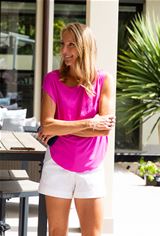 Seedtag partnered with Paula Radcliffe to help brands understand how their contextual AI can leverage increased interest in sporting events to maximize the results of their advertising campaigns without using cookies or collecting personally identifiable information (PII). Seedtag can deliver high-visibility advertising campaigns to more than 500 million users while displaying images and content from 3000+ premium publishers.

During the course of the Olympic Games, Seedtag will publish videos on the top 6 values ​​in the sport. In each video, Radcliffe talks about the key values ​​that athletes rely on to succeed and how she has embraced each value in both her professional and personal life.

The 6 specific values ​​- extracted from all the sports content released by Seedtag’s Contextual AI technology in the past few months – are: Adapting and Overcoming Adversity, Devotion and Passion, Teamwork, Perseverance, Integrity and Goal Setting. Radcliffe will discuss each value and what each means to you and the wider sports world.

The main highlights of the video campaign include: Radcliffe talks about her dream guests at dinner, her predictions for the Olympic Games, and her dream Olympic team of all time. She also took part in two fun challenges: shoving an oreo cookie from her forehead into her mouth and stuffing as many M&MS into her mouth as possible.

Recognized as one of the best athletes of modern times, Radcliffe has established herself as the champion of the ultimate endurance race, the marathon. Radcliffe was previously the fastest marathon runner of all time and won the London Marathon in 2002, 2003 and 2005.

In November 2004 she won the New York Marathon and in 2005 the gold medal at the World Championships in Helsinki over the same distance. She was awarded an MBE in June 2002 and was named Sports Personality of the Year by the BBC later that year.

Seedtag offers contextual full-stack technology: human-like understanding of content, effective solutions and real-time placement optimization (DPO, Dynamic Placement Optimization) to ensure that all brand messages are seamlessly integrated into the optimal content. This proprietary technology, based on the industry’s first artificial intelligence, analyzes online articles to optimize ad targeting. It’s the only full-stack ad suite on the market that enables brands to build their advertising strategy on reliable data and display ads in the in-content placements that best grab users’ attention. Thanks to exclusive publisher partnerships, Seedtag enables brands to expand their sponsorship to the digital environment.

Nicol Flores, Global Events and Activations Manager at Seedtag, said, “Paula Radcliffe is one of the best athletes of the 21st century and an incredible role model. We couldn’t imagine a more suitable person for our Summer of Sports campaign than Paula, who perfectly embodies all 6 top sporting values.

“We’re excited to show how Seedtag customers are already using context targeting to maximize their ad campaign results, and we’re proud to have Paula on board to help us get that message across.”

About Seedtag
Seed day is the leading contextual advertising company creating highly effective and engaging solutions for relevant premium visual content that drive targeting and returns for top publishers and the best brands. The company’s contextual AI enables brands to interact with consumers within their universe of interests without cookies.

Seedtag was founded in Madrid in 2014 by two former Google employees who wanted to get the most out of editorial images and is still a global company with almost 200 employees and an important international presence with offices in Spain, France, Italy, Great Britain, Benelux, Germany, Mexico, Brazil and Colombia.

Final Fantasy 9 Animated Series to Be Revealed This Week

Free Robux Generator: Everything You Need to Know (2022)