London / Monaco – January 14, 2019 – The 12th annual Datacloud Awards ceremony taking place in Monaco on June 4, 2019, has announced actress, model and charity activist Joanna Lumley OBE to host the evening. The event will also include entertainment for an expected international audience of 900 guests.

“We are excited and honored to have Joanna Lumley at the Datacloud Global Awards,” said Philip Low, Chairman of BroadGroup. “Based on the industry-defining ceremony for 2019, the jurors have expanded several region-specific award categories, including Asia-Pacific, Europe, Middle East and Africa, and North and South America, to cover data center excellence and data center service provider of the year.” 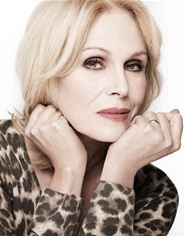 The chairman of the jury, Gerd Simon, commented: “The Datacloud Awards 2019 offer a global platform for players in digital transformation companies to inspire the markets with their pioneering spirit. The awards offer ever higher standards in the recognition of leadership and innovation achievements. “

“We encourage companies around the world to nominate and wish everyone the best of luck. We have the largest composite jury of experts ever and we look forward to seeing you all in Monaco on June 4th, “continued Mr. Simon.

A number of new awards have also been announced for 2019, including the cybersecurity sector and information security market, how data centers help shape and enable smart cities, the 5G Forerunner Award, which recognizes a significant contribution to best practice in 5G deployment, and recognition as well of innovations in IT architecture, the design and construction of data centers for hyperscales.

Focusing on the customer implementation, which has had the greatest impact on data center and cloud services, an award as Digital Champion will also be presented for the first time in 2019.

The jury has also launched three new Edge awards, reflecting its growing importance: Edge Innovation, Edge Leader of the Year and Telco at the Edge.

Innovations in global connectivity and a separate category for fiber are also announced as open to nomination.

A popular category that recognizes the location of data centers is once again open to development agencies, governments, and trade associations. An award is also given for outstanding performance in the management and implementation of corporate social responsibility.

Finally, the jurors emphasized the importance of new employees in the industry and presented two awards: Young Engineer of the Year and Young Digital Leader of the Year.

About Datacloud Awards
Now in its 12th year, the annual awards have a long history and have earned a reputation as the leading benchmark for the data center and cloud sectors. Now including new segments like Edge and 5G reflects the changes that will have an impact in the years to come and the way in which the awards have become a pioneer in anticipating new business models and ideas that innovate and Continue to support performance.

About BroadGroup
BroadGroup is an information media technology and professional services company delivering a value chain of content research, publications including the industry’s leading print and online data economy.com and innovative conference brands with a focus on data center, cloud, edge and IT infrastructure and investments as well a Member of the FTSE 250 company Euromoney Institutional Investor PLC, whose leading brands include Capacity, Metro Connect, Subsea Connect and the annual ITW in Chicago. In the US, Euromoney owns the events business of TTI Vanguard and IMN.

‘The Umbrella Academy’: How Elliot Page’s Viktor Comes Out as Transgender