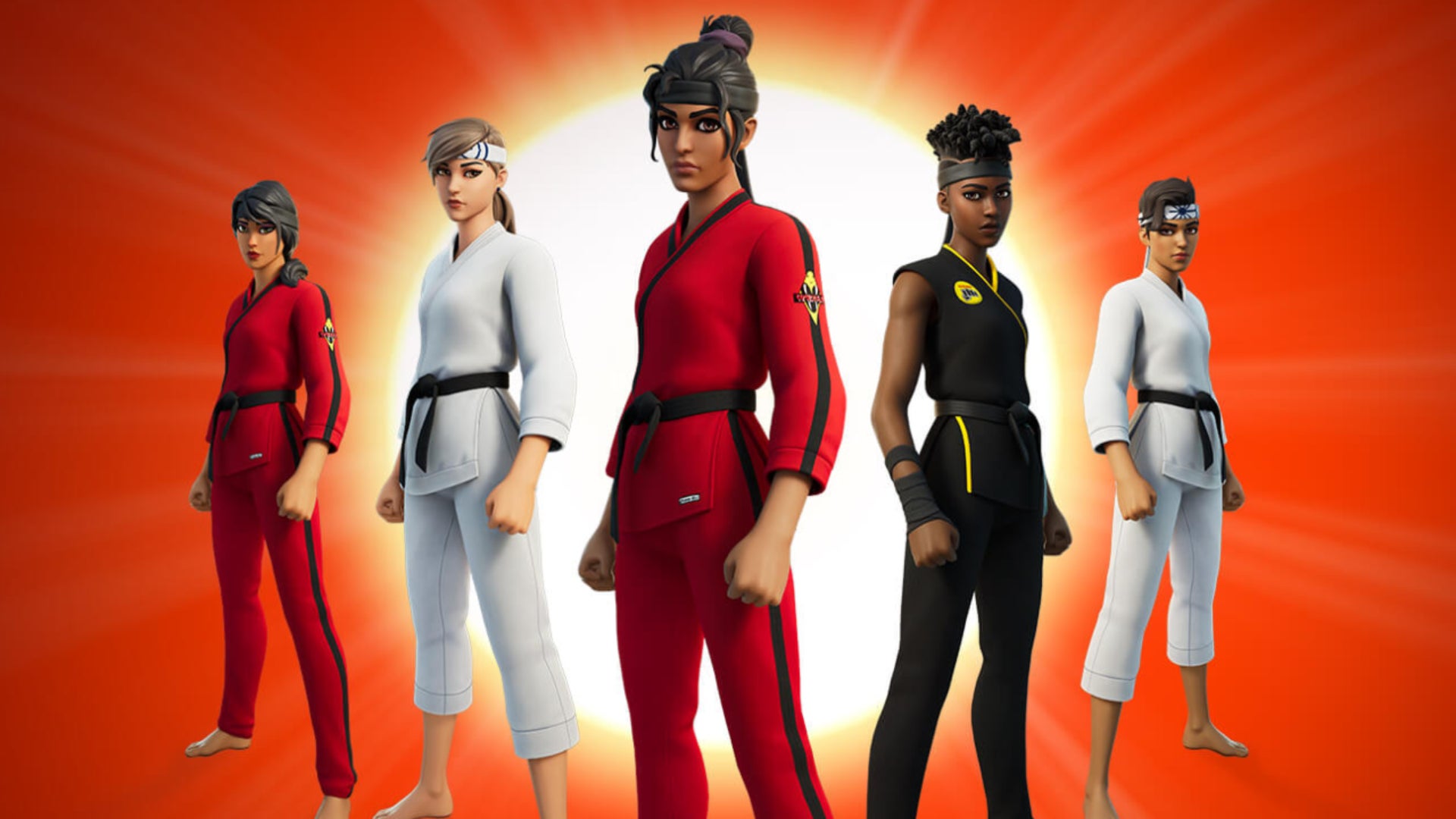 Just in time for the fourth season of the series to be released on Netflix, The Cobra Kai Set is now available in Fortnite.

The set adds 10 new outfits, each of which can be changed to represent the dojo of your choice: Cobra Kai, Eagle Fang or Miyagi-Do. The five male and five female outfits are available in two separate bundles for 2,000 V-Bucks ($ 20) each. Alternatively, individual outfits can be purchased for 800 V-Bucks ($ 8).

Also available as a set are a number of new accessories – Teachings of Miyagi Back Bling, Cobra Coin Back Bling, Dojo Logo Pickaxe and Cobra’s Curse Pickaxe – as well as the characteristic Crane Kick emote from Karate Kid. All new gear can be purchased as a bundle for 1,500 V-Bucks ($ 15), while prices for individual accessories range from 200 to 800 V-Bucks ($ 2-8).

Have you been watching Cobra Kai?

Fortnite, meanwhile, is back online after experiencing some server problems over the holidays. It was a busy month for the popular Battle Royale as Fortnite Chapter 3 kicked off in early December and saw the game transition to Unreal Engine 5.

We’re also right in the middle of Fortnite Winterfest 2021, which has tons of new content, including new outfits inspired by Spider-Man: No Way Home.

Jordan is a freelance writer for IGN.