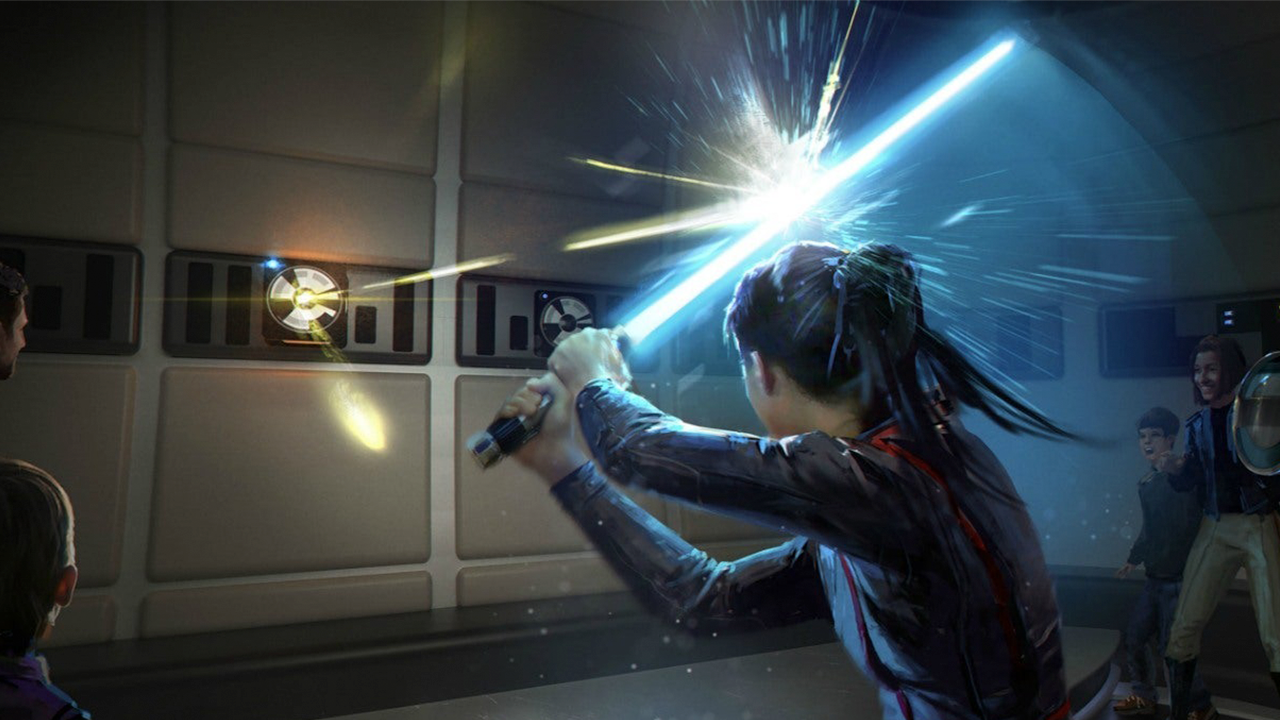 As part of today’s Destination D23 presentation, Josh D’Amaro, Chairman of Disney Parks, Experience and Products, gave fans of this far-flung galaxy a glimpse of how lightsabers will be part of their Galactic Starcruiser adventure.

As shown in the video, guests enter a room and are given a lightsaber to train against a wall-mounted training remote. It appears that rays of light can be seen through the smoke in the room to simulate where the remote is firing. It seems slow to start off, but it is accelerating quickly and will really test your Jedi skills.

After this demo, D’Amaro showed what bridge training on board Star Wars: Galactic Starcruiser will look like. Guests can visit the bridge of the Halcyon – the name of the ship on which this experience takes place – and receive training in navigation, energy, defense and other critical systems.

You have the option to press the buttons and levers and keep the Halcyon on course and safe from First Order. Speaking of the First Order, you’ll have to defend the ship by controlling the weapons and shooting at enemies on a giant screen that simulates a window into space.

That first look follows our preview of Star Wars: Galactic Starcruiser, where we got a firsthand look at what guests will experience when it opens on March 1, 2022.

For more information, see our breakdown of everything you need to know about Star Wars: Galactic Starcruiser, including its cost, type of food on board, and the chance to experience your very own Star Wars story.